The Sports Skills Pack is downloadable clothing found in Dead Rising 2. It was a Dead Rising 2 pre-order bonus available from Best Buy.

The outfit consists of four pieces of clothing; one for each section of the body. In Off the Record the clothing pieces are spread throughout Fortune City.

Can be stacked with Quickstep and in Dead Rising 2: Off the Record, triple stacked with the unlockable Protoman Blaster and Shield for a X3 speed boost. [1]

Increased Power for all sports weapons

Weapons in the "Sports" category based on Magazine (Sports). Note: 'Sports Fan Pack' does affect other sports items in addition to these:

With a football Chuck has a powerful running stiff-arm, a new charge/tackle attack, presumably meant to imitate a linebacker blitz.[2][3]

Gain additional money when gambling. It has not been confirmed whether or not this includes Poker Games[4]

For Dead Rising 2, the Ninja, Psychopath, Solider of Fortune, and Sports costumes were first offered as pre-order bonuses. After October 12, 2010 a player could purchase these Dead Rising 2 costumes. These costumes can be used during Cooperative play.[2][7][8] Off the Record separates these four costume's parts and scatters them throughout Fortune City for Frank to find or for Frank to earn. 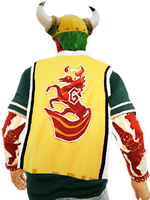 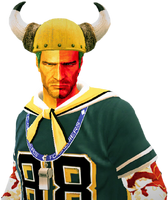 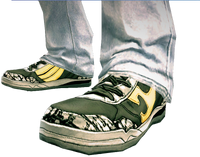 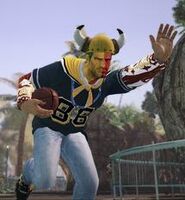 Off the Record Americana Casino sports fan face paint.
Add a photo to this gallery

Retrieved from "https://deadrisingwiki.fandom.com/wiki/Sports_Skills_Pack?oldid=232449"
Community content is available under CC-BY-SA unless otherwise noted.