Psychopath Skills Pack is downloadable clothing found in Dead Rising 2. It was part of the Dead Rising 2 High Stakes Edition, a collectors edition of the game. It was also released on October 12, 2010, as a skills pack for 160 Microsoft points on the Xbox 360, and $1.99 on the PlayStation Network.[1]

2. Take less damage from enemies.
3. New mini-cutscenes on secondary weapon attacks such as with chainsaws, cleavers, and axes.[3][4][5]

The outfit consists of four pieces of clothing. In Off the Record the clothing pieces are spread throughout Fortune City.

For Dead Rising 2, the Ninja, Psychopath, Solider of Fortune, and Sports costumes were first offered as pre-order bonuses. After October 12, 2010 a player could purchase these Dead Rising 2 costumes. These costumes can be used during Cooperative play.[4][7][8] Off the Record separates these four costume's parts and scatters them throughout Fortune City for Frank to find or for Frank to earn. 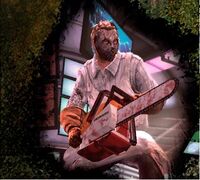 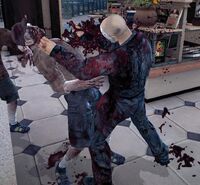 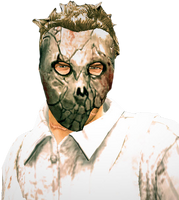 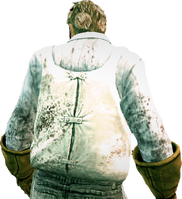 Retrieved from "https://deadrisingwiki.fandom.com/wiki/Psychopath_Skills_Pack?oldid=232447"
Community content is available under CC-BY-SA unless otherwise noted.