The Protoman Blaster and Shield is a special costume and weapon in Dead Rising 2: Off the Record. It is a weapon that fires short-range bursts of energy, often defeating zombies in a single shot. When wearing the full Protoman Costume, the shots will explode on impact and damage multiple zombies. It is unlocked after completing Overtime Mode and obtaining the Rank S ending.

The Protoman Blaster and Shield is one of four items for the Protoman set of clothing, which when combined with the 3 other items, will give Frank West increased resistance to damage.

1.Protoman Blaster and Shield: Get the S Rank Ending, after which it will be found in the Safe House restroom leaning against the wall. (but only in Story Mode).

Unlike the other three Protoman items, the Blaster and Shield does not count as clothing but as a switchable weapon in Frank's inventory HUD and can be combined freely with other regular and special costumes without interfering with their effects.

When equipped in the inventory HUD, the Protoman Blaster and Shield increases Frank's running speed.

This can be triple-stacked using two other speed-boosting items:

2.Protoman Helmet: Rescue Jack Ellis in Welcome to the Family, then beat him in poker in Ante Up. Another way to obtain the helmet is to find Jack Ellis and kill him in Sandbox Mode.

3.Protoman Boots: Located in the Ultimate Playhouse at the Palisades Mall

4.Protoman Armor: Unlock all of the single-player Challenges in Sandbox Mode and win a medal of any kind in all of them.

All the parts of the costume will stay in a locker, except for the Protoman Blaster and Shield which is found leaning next to the locker, in the Safe House restroom. Frank can equip and unequip the pieces at any time. 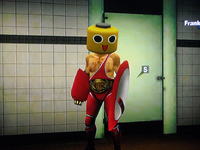 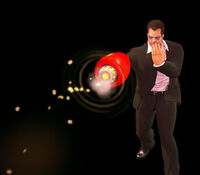 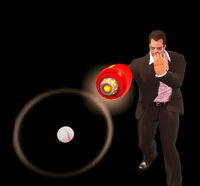 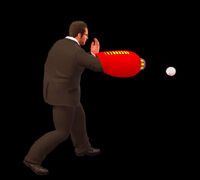 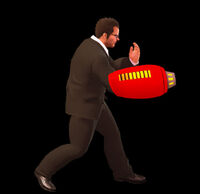 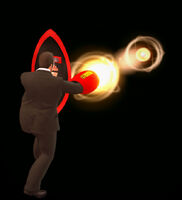 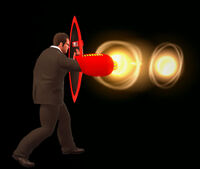 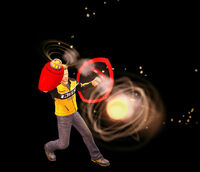 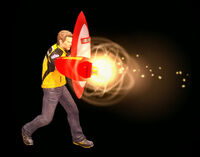 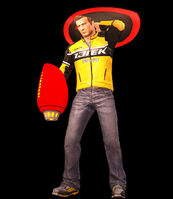 As the player is standing still, the animation makes the shield go through the player's body 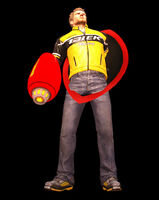 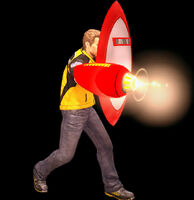 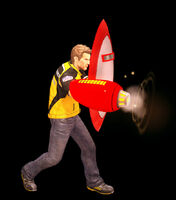 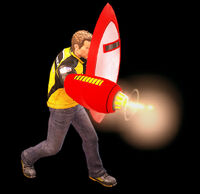 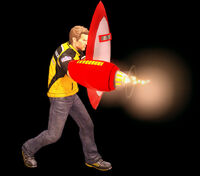 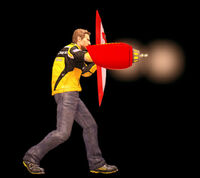 main
Add a photo to this gallery

Retrieved from "https://deadrisingwiki.fandom.com/wiki/Protoman_Blaster_and_Shield?oldid=230258"
Community content is available under CC-BY-SA unless otherwise noted.