A Model Swap is changing the default model for Chuck, some downloadable examples can be found here and at the end of this page.

Any model that is used in the game can be set as default model for Chuck. The only tool needed is Gibbed's.[1]

Note that before you change or edit any file, backups are suggested as they allow you to roll back in case you make any mistakes. You will overwrite Chuck's default model, which means that in order for the model you change to be displayed correctly, Chuck must wear his default clothing, which is his boots, his jeans and his yellow leather jacket.

Depending on the model created, you will have to alter:

In order for the swapping to be displayed correctly, you will also need to modify the bigfile.xml which is in the npcs.big, so that only Chuck's files for the chest are packed.[2] This will prevent his other body parts (face, legs) to be displayed at the same time. A pre-modified bigfile.xml can be downloaded here. It only affects the displaying of Chuck's body parts and does not interfere with the game in any other way.

npcs.big contains all models the game uses, including Chuck, all psychopaths and every survivor.

default.big controls the animations, which slightly differ for females to make the models look a little less edgy.

streamedassets.big holds most items found in items.txt. Also streamedassets has many sound files, of which the community only knows of a few that can be altered currently. For example, the battle grunts have been successfully changed into a female voice, making the fighting with a female model less weird.

Drag and Drop Dead Rising 2/data/npcs.big onto the Gibbed.DeadRising2.Unpack.exe, this will cause an empty DOS window to pop up and create a folder named npcs_big.

Once the black DOS pop up window closes, the npcs.big has been fully unpacked.

Browsing the folder's content will show dozens of .big and .tex files, each two of the same name belonging together. The prefix indicates the use of the file. Boss_*.big contains the psychopaths' models, while srv_*.big are the survivors' models.

Most files are named after the person they stand for. You can also use any boss_*.big to play as that psycho.

Put them back into the npcs_big folder and be sure to overwrite the existing chest_default files.

Rename the folder into npcs and Drag and Drop it onto Gibbed.DeadRising2.Pack.exe. Another blank black DOS windows should pop up, packing everything into a new npcs.big. Wait for the window to close.

Now replace the npcs.big in your Dead Rising 2/data folder with your newly packed npcs.big.

Chuck has now been successfully swapped with Brittany.

Remember that Chuck must be wearing the default clothing. If you load a savegame without default clothes, even if you change into them afterwards, you will have glitches on head and legs if those weren't defaultly clothed. So make sure to save in default clothes before attempting to load with an altered model.

For male model swaps, you are done now. However, if you wish to make the illusion of playing an actual woman a bit more authentic, you also need to exchange the above mentioned files. Download the female animations and skeleton and put them in your Dead Rising 2/data folder, overwriting the existing ones. Don't forget the backups, to quickly change to a male skeleton again.[3]

As for the sounds, as by now, the community does not know how most sounds can be replaced, because the game seems to recognize altered files and will simply mute all sounds in that case.

However, most of the fighting sounds can be changed (e.g. battle grunts when hitting, injury notifications, and so on).

To do this, download an altered fx_main.big file. It contains Rebecca's battle sounds, but they fit on any female model. Locate the Dead Rising2/data/streamedassets.big and unpack it just like you did with the npcs.big. Don't forget to backup first.

Put the downloaded fx_main.big into the unpacked streamedassets_big folder, overwriting the existing one. Rename it to streamedassets and Drag and Drop it onto Gibbed.DeadRising2.Pack.exe and eventually replace the streamedassets.big with your own.

Modifying only parts of the bodyEdit 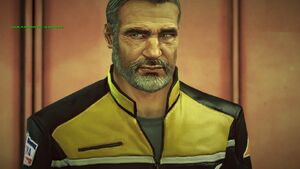 It is possible to mix and match models with Chuck and various characters.

Make backups of all files first.

Copy these four files into "head_naked.big"

Now do the same for the textures, otherwise the results may not be satisfactory.

This will use Sullivans head as the default for Chuck. Sullivan's head will still show with all outfits, except glasses and masks, in which case it will revert back to Chuck.

Switching the heads of Julius and Chad resulted in rouge polygons. The reason for this is unknown.

Cropping sections off of charactersEdit

A modder can crop parts off of characters or items.

Each of the data/model/npcs.big files has a file called SceneDescription:

1. Unpack the .big file.
2. Open the SceneDescription file with a hex editor.
3. A list of parts of the item will be shown.

5. Delete the geo line and periods after this line.

6. Save the SceneDescription file.
7. Repack the .big file.
9. Repack data/model/npcs.big.
10. Start the game.

In the Dead Rising 2: Off the Record Chuck mod, in which Frank is replaced with Chuck, to completely remove Frank's glasses, the modder solidcal deleted most of the .big and .tex file data, leaving only the following: 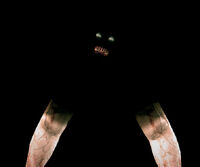 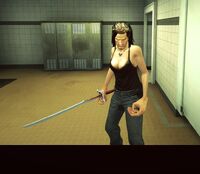 Jessica Howe swapped with Chuck without modifying the bigfile.xml as well.

Retrieved from "https://deadrisingwiki.fandom.com/wiki/Mod:Model_Swap?oldid=217167"
Community content is available under CC-BY-SA unless otherwise noted.