The Mega Man Helmet is a clothing in Dead Rising.

The full costume is comprised of the following parts: 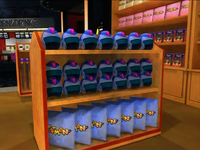 In child's Play.
Add a photo to this gallery

In Dead Rising 2 with mod

In Tatsunoko vs. Capcom 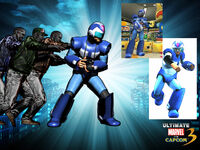 In Ultimate Marvel vs. Capcom 3

Lost Planet
Add a photo to this gallery

Retrieved from "https://deadrisingwiki.fandom.com/wiki/Mega_Man_Helmet?oldid=236603"
Community content is available under CC-BY-SA unless otherwise noted.