The Introduction is the playable opening sequence of Dead Rising 2: Off the Record. Similar to 72 Hour Mode, this is not the official name given in-game, but is referred to as such for simplicity reasons.

Template:Infobox The TiR Employee is dead at the entrance after the elevator cutscene. The Zombie Jock is still present and can be killed. Frank runs through the hallway through zombies. There are explosions in both the arena hallway and foyer. Alice, Tom, Shaun, and Noah are all killed as is Drake Danton, who has a photo op as he is being dragged into the dressing room.

Unlike Chuck, when escaping the arena, Frank does not go into the green room, instead he goes directly into the arena foyer.

As in Dead Rising 2, Luke, Leah, Skylar, Skylar's Girlfriend, and Wade Coopwood are in Silver Strip just outside of the Arena entrance. Luke, Leah, and Skylar's girlfriend are killed. Skylar and Wade[Verification needed] make it into the safehouse with Frank.[3]

Template:Infobox As in Dead Rising 2, Tamara, Skylar, Wade and Chrystal Kennedy are in the entry to the Safe House before Sullivan opens the blast doors.

Sullivan stops Frank at the blast doors. As he knows Frank is infected, he is hesitant to let him in but does. As Frank is searching for Zombrex, Stacey says she knows where he can get some more Zombrex.[3]

Skylar Ali leads Frank back to the Safe House if Frank is killed.[Verification needed] 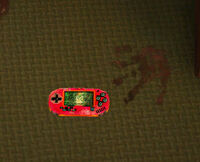 Retrieved from "https://deadrisingwiki.fandom.com/wiki/Introduction_(Off_the_Record)?oldid=235891"
Community content is available under CC-BY-SA unless otherwise noted.