{{#ev:youtube|HpITTFEawu0&|300|right|Frank's appearance is different, blond survivor escorted in Seon's}} Transcript of video, with a different voice then Frank:

Day one, the day I came here was the worst day of my life. I'll admit it, it was a big mistake. I'm a wartime photo journalist, I've seen it all, horror, famine, death - the real stuff of nightmares. At least, that's what I thought. That was until I saw a corpse, get up, walk, and kill. You probably think I'm nuts. The dead getting up and walking? Zombies? I'm not nuts though. Right now, if things go well, I may get my hands on a pulitzer or something. Its not like you here about to many zombie stories in the news these days.

So I guess there are only two things left to do. Film everything I can, and survive until help arrives.

Ross and Tonya in beta. 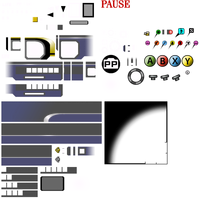 Retrieved from "https://deadrisingwiki.fandom.com/wiki/Dead_Rising_Beta?oldid=229179"
Community content is available under CC-BY-SA unless otherwise noted.