Items will often move through solid objects, as is the case here where a 2 x 4 goes through Chuck's leg, or a pushed Acetylene Tank will move through a zombie.

When drinking, no liquid comes out. 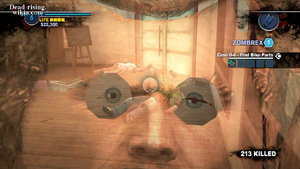 If the screen gets too close to Chuck, the player sees inside Chuck's head. 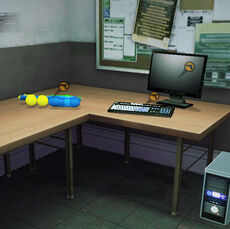 The shadows of items on a table appear through the table.

{{#ev:youtube|JBd_FWiuVec|300|right|Detailed instructions on how to climb the green building}}

{{#ev:youtube|FVbIQHe28JU|300|right|Traveling outside of the map}} If Chuck jumps onto the smaller building, right of the sheriff's office, he can leave the map. Near the back of the military barricade, the way is blocked with an invisible wall. Chuck can hit this invisible barrier with a Broadsword and start small electrical sparks, which do not go away. {{#ev:youtube|Ln5uATXkJII|300|left|}}

and then come back after he gives Katey Zombrex (Chuck can mess around before he gives her the shot). Go get the Utility Cart and go near the Safe House. But for this to work Chuck MUST wait until 8:59. Then enter the safe house with the bike. If it works the cutscene where Chuck inspects the bike will play. Then Chuck can leave the safe house. But if Chuck returns to the safe house the zombies will disappear.[Verification needed] {{#ev:youtube|5Oe1CkGfqHw|300|right|}} {{#ev:youtube|BLaIZgkO4ig|300|right|In French}} 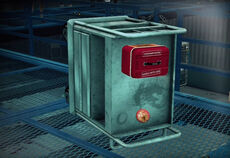 Template:!} There is a bug with the Case West Medical Cart. The items do not fall out when the cart is tipped over.

There is a glitch in the Harvesting Room if you jump and fall in the small gap between the wall and the second floor catwalk in the West side of the room with all the wires connected to it. Chuck will fall "forever" and be unable to exit the fall. 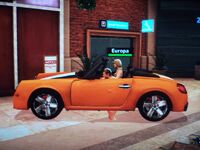 Retrieved from "https://deadrisingwiki.fandom.com/wiki/Dead_Rising_2_Bugs?oldid=239598"
Community content is available under CC-BY-SA unless otherwise noted.