Terror is Reality is an entertainment show that involves contestants battling it out in a race to kill more zombies than their opponents, with large cash prizes for the winner. Like a modern day gladiatorial contest, those lucky enough to get a grandstand seat urge the contestants to spill more zombie blood, with over the top takedowns greeted by rapturous applause and the promise of slow motion replays on the arena’s jumbotron. Due to the number of zombies killed per show, and the limited amount of them gathered from the outbreaks, there has only been five or six shows in three years, and its rarity makes it a much anticipated show by the rest of the US, after news of an outbreak.[Verification needed]

Suffering tumbling ratings and controversy, the seventeenth show, TiR XVII: Payback, takes place in Fortune City Nevada on September 25, 2010. It is hosted by long time celebrity Tyrone King and commentated by Don Andrews and Paul Lazenby. Chuck Greene reluctantly takes part in the show in order to earn money to buy Zombrex for his infected daughter. The show is highly controversial and numerous groups are contesting it, including the Zombie rights Citizens for Undead Rights and Equality (C.U.R.E.). Since its inception over 200,000 zombies have been involved in Terror is Reality. Protesters feel it is unfair to treat the infected as a means of entertainment.[1][2][3]

Dead Rising 2 allows players to play Terror is Reality with a series of multiplayer challenges for up to four players online play. The first four games are always selected by the player at random. However, every “Terror Is Reality” episode concludes with a game of Slicecycles.[4] 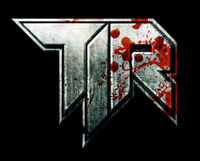 The Twins and Tyrone King hosting Terror is Reality.

The stage of Tyrone King

The big countdown monitor of TIR 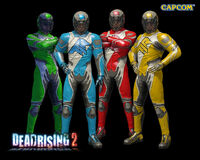 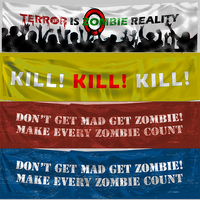 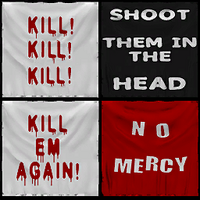 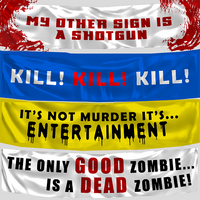 Retrieved from "https://deadrisingwiki.fandom.com/wiki/DRW_Terror_is_Reality?oldid=243106"
Community content is available under CC-BY-SA unless otherwise noted.