Massagers are simple blunt weapons that have short range and little attack power. Some zombies carry massagers and will attempt to attack Chuck with them.

In Off the Record the massager is a component for the combo weapon, Super Massager.[1][2] 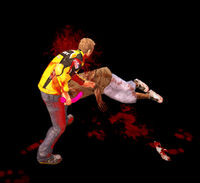 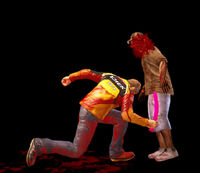 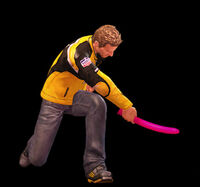 Retrieved from "https://deadrisingwiki.fandom.com/wiki/DRW_Massager?oldid=242179"
Community content is available under CC-BY-SA unless otherwise noted.