The Fortune Park is one of the areas found in Fortune City. It serves as the main entrance of the entire Fortune City, and is adjacent to the Platinum Strip and the Silver Strip. Three other major sections, the Atlantica Casino, the Royal Flush Plaza, and the Fortune City Hotel, can be accessed in the park.

The park (and possibly Fortune City itself) was founded in 1992. It contains three maintenance rooms, one restroom and a ramster ball minigame that gives Chuck prestige points when completed.

The city's gates can be found in the park, though they are locked and inaccessible due to the outbreak. The military are able to enter when they arrive for the city's clean-up operation, though the gates remain inaccessible to Chuck and the survivors after the military's demise. After the failed clean-up, two soldiers who survived the massacre can be found in the center of the grotto in a makeshift barricade, attempting to keep the zombies at bay. Bodies of other soldiers and ruined vehicles also litter the park.

There was also a survivor found wandering the park but was executed by a sniper.

Coming soon: Click each store to go to the store page

Load screen in Off the Record 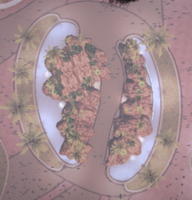 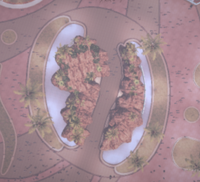 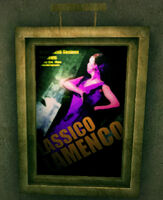 Poster on wall of Americana Casino when modding, "Classico Flamenco"

Uranus Zone entrance
Add a photo to this gallery

Retrieved from "https://deadrisingwiki.fandom.com/wiki/DRW_Fortune_Park?oldid=241509"
Community content is available under CC-BY-SA unless otherwise noted.